The exhibition Looking at San Sebastián, journeys through the history of the city and its economic, urban, social and cultural development, making reference to the Basque identity. The exhibition is therefore a great opportunity get to know ourselves better and delve into our contemporary history.

Sections of the exhibition: 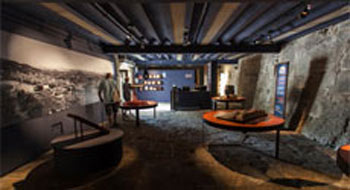 2 In the shade of Mount Urgull 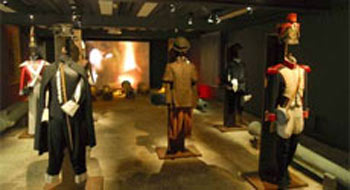 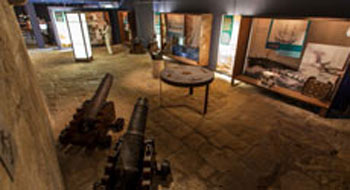 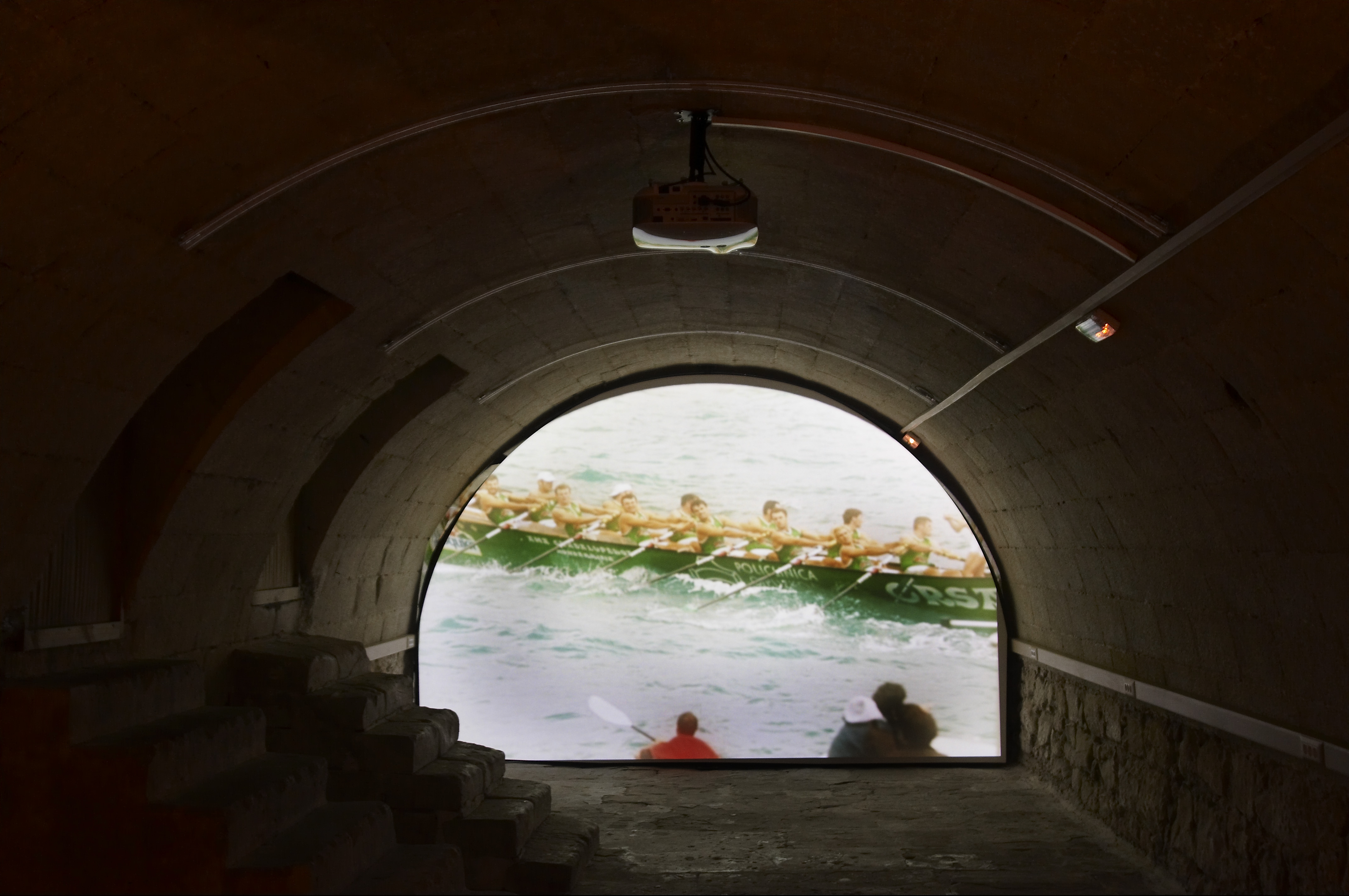 5 From Citadel to City

Introductory environment which rapidly touches on several identifying features of the city which will be treated in-depth throughout the exhibition.

When thinking about the city where we live, we follow the traces that define it and locate the features which are built into the public imagination. Features transmitted and not always shared, but which make up San Sebastián's identity.

Merchants and traders; Fishing and Navigation; Military and Civil; San Sebastián, Donostia, Easo, Izurun; Fire and Reconstruction; To see and be seen; Liberal and Enlightened. 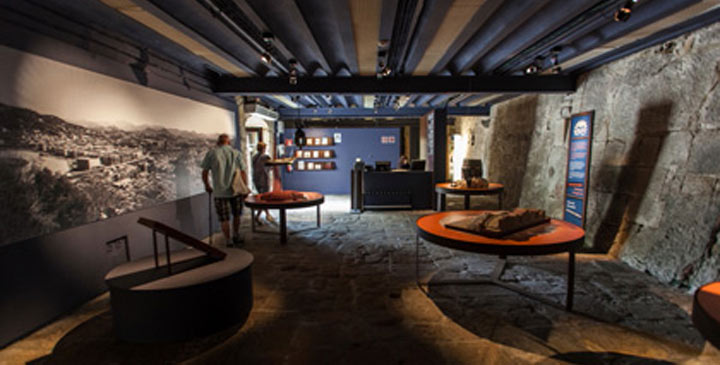 2 In the shade of Mount Urgull

The coexistence of the civil and military is the conceptual axis of this section, which shows San Sebastián's status as a city in which to live and a city to defend.

The population, who lived in a military stronghold, got used to living with repeated sieges and attacks, since "the key of France", as it was called, was a cherished booty. European wars, especially in Spain and France, made San Sebastián a place of refuge as well as a site of sieges. San Sebastián was also a key communication point on the Cantabrian sea, a product-exporting port, and a city with great economic activity. 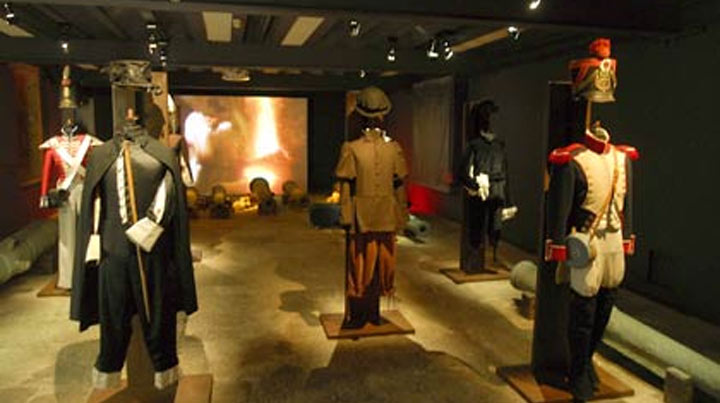 An audiovisual entitled "From the Watchtower" journeys through the history of the city from its foundation until it was burned down in 1813 from a historical point of view, and the coexistence of the military and civil is presented by means of seven mannequins dressed as different characters from that time: three soldiers, a mayor, a corsair, a Gascon, and a working woman, since the latter carried out different jobs to respond to the family needs (cloth sellers, innkeepers, carriers, net menders, etc.)

Audiovisual narration: I, Sancho, king of Navarre by the grace of God, make all men, both old and young, present and future, who have populated and who in the future will populate San Sebastián (...) With pleasure and of free will I give and grant you and your successors good charters and good customs.

The economic aspects of the city are reflected in this section, which highlights the commercial side of the city, looking towards the sea from its origin and the most important port on the Cantabrian sea in the Middle Ages. This area covers the different infrastructures and bodies which were created to promote commercial activity in the city: the three ports and their commercial activity as river port and sea port; fishing and navigation, the shipyards, corsairs; the Consulate and the Royal Gipuzkoa Company of Caracas (RCGC).

In times of war –abundant in the second half of the 16th century– the port was the point of departure of corsairs as well as of merchants and sailors. The corsair expeditions for the defence of the coasts of the kingdom and to combat enemies under royal licence allowed the fleet to arm itself and to carry out attacks by sea in exchange for booty. 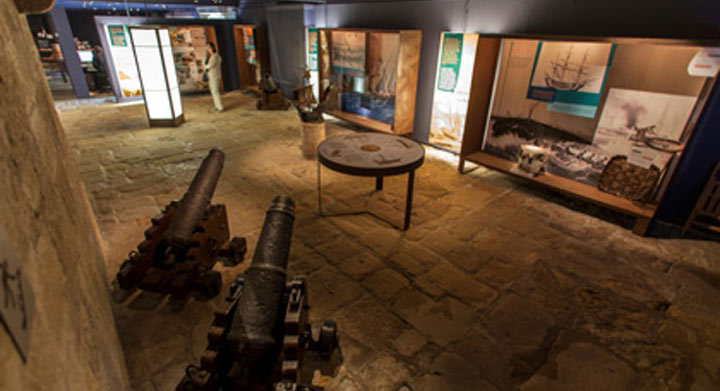 These activities, together with fishing, were the main sources of income of Donostia in the 16th and 17th centuries.

In 1728, the RCGC was founded with the aim of gaining the trade of cocoa from Venezuela, a product which arrived in Spain through Dutch hands at very high prices. This meant economic reactivation for the city.

5 From Citadel to City 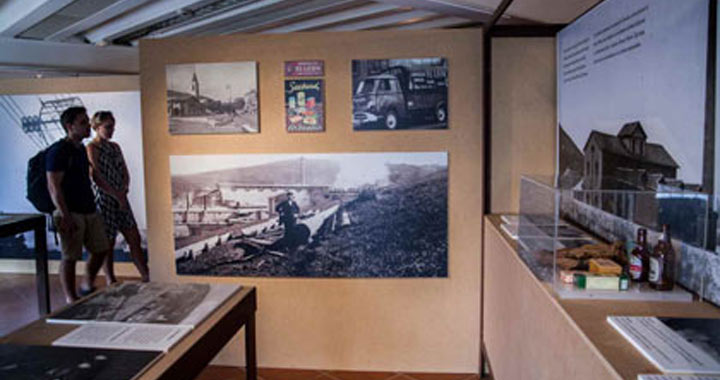 From the primitive settlement in the shade of Mount Urgull, Donostia becomes stronger and grows in time with the drumbeat of history. Firstly, as a medieval walled town, then as a small town and military stronghold. Destruction by fire will bring to bear the most groundbreaking modernity, demonstrating the innovation and fighting spirit of its inhabitants.

The "Frenchified" mood of the city, open to the ideas of the French Revolution, gave way to the liberal character of the San Sebastian people, which would be maintained despite unfavourable circumstances, wars and sieges throughout time.

The arrival of gas, concrete and the railway was the definite launchpad for the modernity of a newly constructed city which was incorporating all these changes as it was being built.