The exhibition, by Vitra Design Museum, MAK Vienna and Design Museum Gent, examines the current boom in robotics in detail for the first time. It will comprise more than 200 exhibits from the fields of design and art and will include robots used in the home, in nursing care, and in industry as well as computer games, media installations, and examples of films and literature in which robots feature. It will show the wide variety of forms that robotics takes today and at the same time broaden our awareness of the associated ethical, social, and political issues. 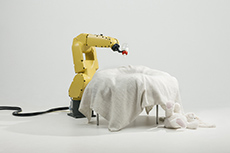 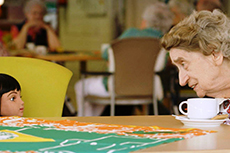 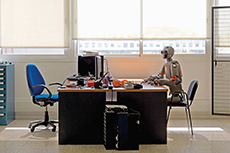 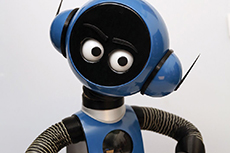 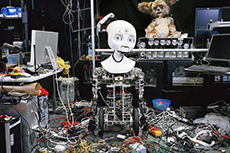 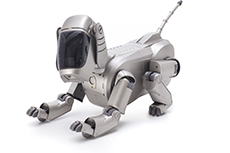 The publication about the exhibition,   published by Vitra Design Museum

During the last decade, digitalisation has caused a radical redefinition of robotics. Nowadays, robots do not just build cars and washing machines or transport us in self-propelled trains from one airport terminal to another, but appear in a host of other forms, ranging from communicative domestic appliances, the so-called Internet of Things, to the self-learning algorithms in computer programmes, known as bots. Whereas robotics used to be the exclusive domain of engineers and IT experts, today designers are helping to shape the current boom in robotics in key ways, for it is often they who decide how and where we encounter robots, what kind of relationship we form with them, and how we interact with them – or they with us.

Hello, Robot. introduces us to robots in four steps

Does it make our world any better?

Hello, Robot shows the ambivalence with which the spread of robotics has been viewed for many decades. Right from the start, the debate about artificial intelligence has oscillated between utopian and dystopian visions, between the hope of a better, technologically advanced world and the fear of disempowerment. In this context, we are once again confronted with the question of the designer’s responsibility.

The controversy about the right approach to robotics is reflected in fourteen questions that guide the viewer through the exhibition as a kind of leitmotif. They invite visitors to reflect on their own attitudes to new technology and show how closely linked the opportunities and risks attendant on robotics often are. For while robotics has become more approachable, more personal, more essential even, the question remains: